How Broken Arrow, OK Makes The List Of Best Cities To Live In 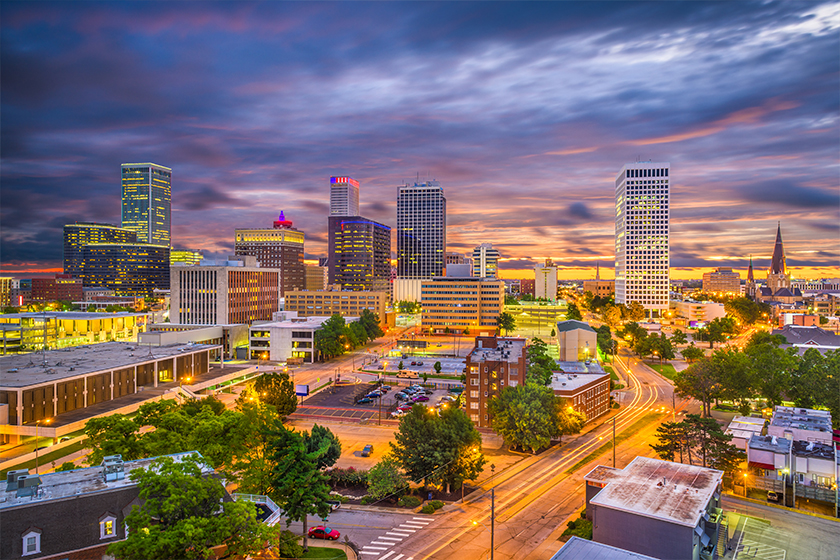 Along the Arkansas River, in northeastern Oklahoma, there is a “mid-sized city” by the name of Broken Arrow. Among its most pleasant months are May, October, and December. This is not to say, however, that if you live in Broken Arrow, OK, you won’t enjoy the rest of the year! Quite the opposite, in fact. Of this city’s many positive aspects, aside from fantastic weather, are its abundance of arts and culture (there are numerous art galleries), attractive downtown area, and an affordable cost of living. Granted, you’ll need to get ready for the heat in summer, but that’s why air conditioning was invented, after all. Just make sure that before July and August you’ve had your AC tuned up.

Let’s look at some facts and a few of the high points of life in Broken Arrow, OK.

The largest suburb of Tulsa, Broken Arrow, at last official count, had slightly fewer than 112,000 people living there. In the entire state, it is the fourth largest city. The current economy is relatively diverse, though agriculture was its main focus originally. It was named Broken Arrow by William S. Fears back in 1902 (after a Creek Indians settlement).

Broken Arrow was named on the list of Friendliest United States Cities some years back, and as the country’s mid-size cities go, it is reportedly on the top 10 list of “The Happiest”. It has, in fact, shown up on a number of lists that paint it favorably. Water and land combined, the city of Broken Arrow covers just under 62 1/2 square miles.

If you’re planning on moving to Broken Arrow, here are some of the benefits:

Enjoy Your Residence or Venture into Broken Arrow – Just Enjoy!

When you reside in one of the suites, cottages, or apartments available at our Independent Living Community, you will have very nearly unlimited options. Should you decide to venture into Broken Arrow, there is no shortage of opportunities for entertainment and enjoyment. Then again, with all of our on-site amenities, you may simply decide to stay home and make the most of your environment.

Catch a live performance in town or a movie in your cozy residence. If you choose, sit out on your patio for some fresh air before bed. This is retirement as it was meant to be!

If you would like to speak to someone about sales and leasing, please call 918-533-9834. Other inquiries can be covered by calling 918.451.0383. If you prefer, you can fill in our convenient online form, send it in, and we’ll get back to you. To truly experience all we have to offer, schedule a tour today.