Is There A Link Between Hearing Loss And Dementia? 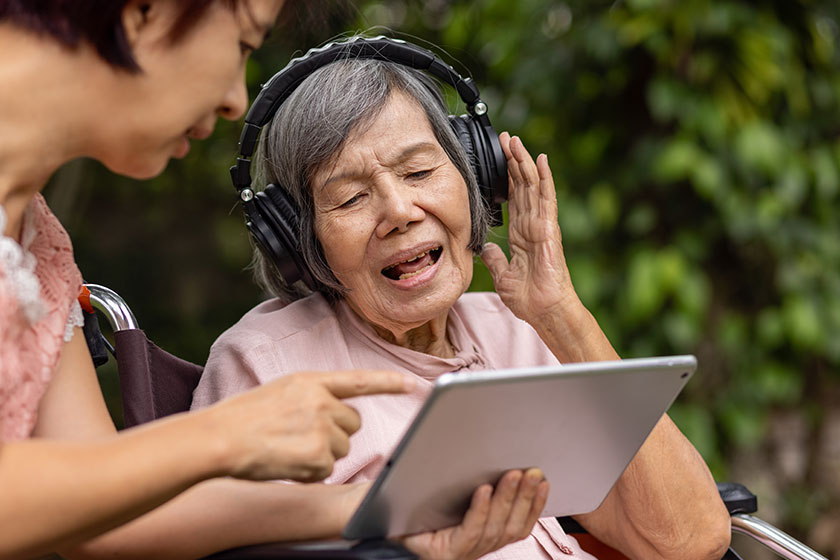 What Is Hearing Loss?

Presbycusis is a type of hearing loss that happens as people age. It is one of the most prevalent health problems that older adults face. The most common cause of presbycusis is changes in the inner ear with time. It can also be caused by other disorders that disrupt nerve connections from the ear to the brain. Certain health conditions in the elderly may also contribute to this condition, such as stroke, high blood pressure, and diabetes. Older adults with hearing loss may experience the following:

An early symptom of presbycusis is having difficulty hearing what people are saying to you, especially in a busy environment. These symptoms frequently appear gradually, and you may not detect the problem for years. However, it is critical to get help as soon as possible since the earlier hearing loss is recognized and treated, the more effective the treatments are. In addition, you should seek medical help as this problem can be related to brain health.

Dementia refers to the decline of cognitive abilities such as reasoning and problem-solving. It can become so severe that they disrupt daily living. Alzheimer’s disease is the most common type of dementia. Symptoms of dementia include:

There are various causes of dementia. According to some experts, hearing loss could trigger memory loss or other cognitive difficulties because of decreased activity and degradation of the brain’s auditory regions.

Hearing Loss and the Brain

People with hearing loss may isolate themselves and become less socially engaged. Fewer interactions mean less intellectual stimulation to keep the brain active and engaged. In addition, feelings of depression and isolation are factors that may increase the likelihood of developing dementia. Hearing loss can also strain the brain, causing it to work harder to process sounds. This may mean lesser mental resources for memory and other cognitive functions, resulting in changes in the brain.

If you experience hearing loss and suspect you may be at risk of developing dementia, consult a doctor for advice. Given the growing body of evidence linking hearing loss and dementia, early intervention may be particularly important in preventing or delaying the onset of dementia. You may also be concerned about your lifestyle if you are diagnosed with dementia. Consider making plans to move into a memory care community where you will be in a safe, supervised environment with trained professionals who can assist you.

5 Essential Items To Pack For A Transition To Independent Living Apartments In Pearland, TX
July 24, 2022